Nate Mitotsudaira (ネイト・ミトツダイラ, Neito Mitotsudaira) is a student from Hexagone Française and Musashi Ariadust Academy, the 5th Special Agent of the Chancellor Board in charge of Field Operation (実動, Jitsu Dō) and successor of the Mitotsudaira Clan. Half-human, half-werewolf. Although she cannot transform into animal form, she possesses its great strength. Also uses her special weapon, the Argentées Chaînes, to great effect.

Because of her chivalrous nature and strong sense of duty, Nate feels very protective of the land on the Musashi, which technically falls within her family's domain.

She has very long silver hair styled in five large "drills" in the back and two small ones that hang in front of her shoulders. She has gold colored eyes, wears two blue hairpins that somewhat resemble wolf ears and what appears to be a dog collar around her neck.

Her bust size is rather small. She usually wears the standard Musashi Ariadust Academy female uniform with orange motifs on the sleeves, but when going into battle she wears her blue, white and gold colored knight uniform, symbol of her special status as noble.

Mitotsudaira is hardworking, loyal, honorable, and takes her knightly responsibilities very seriously. As Musashi's knights are a rare type that were allowed to wield weapons that were inherited from their ancestors because they gained cooperation with the Testament Union and more than court nobles (like in the other countries) are feudal knights who vowed to protect its citizen, Nate really wants to protect the weak from the bottom of her heart. She's also very loyal to her "king", Toori Aoi, and even if she has feelings for him, she helps him with all her might to rescue Horizon Ariadust and would never get between the two.

Her werewolf side also makes her really love meat, to the point that she eats lots of it whenever she can, eating quickly all the vegetables before she eats meat as much as she wants. When Horizon and Toori feed her, she is almost overjoyed with the meat flavor to the point that she seemed like a dog eating.

Her favorite music genre is "classical".

Nate Mitotsudaira was born in an Hexagone Française knight lineage and is the only known case of successful child between a Loup-Garou and a human being.

After the Hundred Years' War the Hexagone Française Loup-Garous consisted of two factions: the ones who choose to live together with the human species and those which returned to the forest and retained their man-eating tendencies. Nate's mother, the "Reine des Garous", offered herself to someone who had come to hunt her and the man-eating werewolves; but they fell in love with each other instead. Normally, a human being and a Loup-Garou can't procreate because the werewolf will "absorb" the human mate, but Nate's parents were able to do so using the relics retrieved from Jeanne D'Arc's burning grounds. Nate herself was unaware of her mother's true lineage, believing that she was just of an important family line and close associate of the Queen, but not the Queen herself.

Nate was dispatched to Musashi, charged with serving the Matsudaira family for the sake of receiving the provisional inheritance of the branch family name Mito-Matsudaira. After that, her mother forced her to promise that she would not come back to Hexagone Française. In Musashi, she met Toori Aoi and her current classmates and friends; and she made a promise with Toori, whom she loyally considers "her king".

As there are a total of 31 knights in Musashi but most of them are elderly or elementary or middle schoolers, Nate is the only active knight that can make political decisions; so once Class 3-Plum graduates, there will be a 4-year period of absence of knights in Far East politics.

Nate is a versatile-ranged fighter that can take down enemies from up close or destroy entire armies from far away through the combination of her werewolf blood and the Divine Weapon Argenteés Chaînes. She is also shown to be quite durable, which acts as a compensation to her poor agility and overall speed, the the point she says that even if she's not good with fast movements her toughness is her greatest weapon. It is due to the fact that her body is tough that she's able to strike with such power and also allows her to act as a shield for others. In battle, her werewolf blood gives her an edge in battle, giving her capabilities that far exceed that of a normal human.

Her racial abilities permits her to do impossible feats to most of her classmates, like despite possessing only half of the blood of a werewolf her Superhuman Strength (怪力, Kairiki) far exceeds that of a normal human; displaying enough strength to carry Adele's lance using only one hand or how during Horizon Rescue Campaign she used it alongside her Silver Chains picking plates, enemy artillery and even soldiers to blow the Tercio lines. Nate has a much stronger perception of the five senses, allowing her to perceive what humans often have difficulty to sense. However, this also means that she is much more vulnerable to pain, which is also amplified by her werewolf blood. Her regeneration makes up for this, as she's shown to have a very quick body regeneration rate, being able to heal back serious injuries given enough time to rest.

Even if she lost her first battle against F.Walsingham due to her lack of speed movements and the impressive attack variety shown by England's automaton, during their second match Nate is able to show the true extend of her abilities under the Full Moon, when other beings powers are at their peak. Nate, like most werewolves, is much more powerful under the light of the moon, and the same can be applied to her Divine Weapon, so during her grudge match against Walsingham, she was able to overpower the TRUMP easily.

Tokugawa Mitsukuni (11 July 1628 – 14 January 1701) was the second-generation domainal lord of Mito Domain, one of the Tokugawa Gosanke (徳川御三家), in the early Edo period. His childhood name was Chōmaru, then Chiyomatsu, and his styles were Tokuaki, Kanshi, and Shiryū.He was a grandson of Tokugawa Ieyasu (徳川 家康, 1543-1616), the great unifier of Japan, and responsible for the compilation of the classic Dai Nihonshi (大日本史, lit. "Great History of Japan"). He is popularly known as "Mito Kōmon".

The compilation of the Dai Nihonshi, a comprehensive account of Japanese history from its origin to the fourteenth century had preoccupied Mitsukuni's attention from 1657 until his death. When finally completed in 1906, it had grown to 396 volumes, borrowing its structure and moralistic aims from Chinese dynastic histories. At Mitsukuni's invitation, 130 Chinese and Japanese scholars participated in the task at his domain's residence in Edo, the Shōkōkan. The most renowned historians involved in the compilation were Sassa Sōjun (佐々宗淳, 1640-1698), Kuriyama Sempō (栗山潜鋒, 1671-1706), Miyake Kanran (三宅観瀾, 1673-1718), and Asaka Tampaku (安積澹泊, 1656-1737). In 1698, one year after the chronicles of the first hundred emperors had been completed, the editorial work was shifted to Mito, where it formed the basis of what was later called the Mito School (水戸学 Mitogaku), a school of Japanese historical and Shinto studies.

Mitsukuni is generally seen by historians as an efficient and benevolent ruler, who stabilized his administration by reinforcing a band of retainers and by consolidating his hold over the castle town of Mito. He promoted gold mining, paper production, horse breeding, and shipbuilding and sent an expedition to Ezo (modern-day Hokkaidō) in order to establish trade. Pursuant to the practices of the Chinese Confucian rulers, his agricultural policies included the reduction of the annual rice tax (年貢米 nengu-mai), the establishment of famine-relief granaries as well as encouraging peasants to study herbal medicine, to renounce unorthodox religious practices and to focus of filial piety and chastity.

In 1691, the emperor bestowed upon him the court title of gon-chūnagon (権中納言, provisional middle Councillor). In the same year, he retired to his retreat, the Seizan-sō in Hitachiōta. Around this time, the domain experienced financial difficulties, as the concentration of land in the hands of wealthy merchants had impoverished large parts of the peasantry. Alarmed at what he saw as the corruption of samurai morals, Mitsukuni killed one of the domain's senior Councillors with his own sword, a drastic appeal to the domain administration for reform.

Although this incident tarnished his reputation as a wise ruler, respect for his generally enlightened rule and his personal integrity (he lived in a modest house outside the castle, worked in his own rice paddies and paid his annual rice tax) among the populace prevailed.

The popular image of Mitsukuni as the ideal feudal ruler was later reinforced by a mid-19th-century account (水戸黄門漫遊記 Mito Kōmon Man'yūki) of his fictional travels around the country and by a subsequent version of these tales, assumed to be created by a storyteller from Ōsaka in the 1890s. The legend of Mito Kōmon was further popularized by three movies by the same title (1957, 1960, 1978) and countless other movies, as well as a jidaigeki (時代劇, "period drama" or historic drama) produced by TBS (Tokyo Broadcasting System) between 1969 and December 2011. Five different actors have played the main role of Mitsuemon, a retired crêpe merchant from Echigo (present-day Niigata Prefecture), wandering the country with two of his retainers, Sasaki Sukesaburō (助さん, "Suke-san") and Atsumi Kakunoshin (角さん, "Kaku-san") in order to "right the wrong". 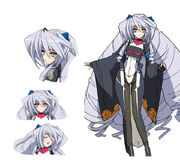 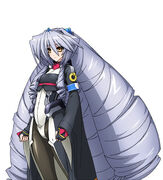 Add a photo to this gallery

Retrieved from "https://genesis-horizon.fandom.com/wiki/Nate_Mitotsudaira?oldid=8381"
Community content is available under CC-BY-SA unless otherwise noted.